A shortfilm by Uli M Schueppel

Feb. 6 to feb. 9.1991.
Three days and nights in the legendary Hansa-Studios, Berlin. With some members of his band The Bad Seeds (and guest-musicians) Nick Cave is recording the title-song for Wim Wender’s film “Until the End of the World”.

The documentary follows the recording process of the song from the beginning to the end. 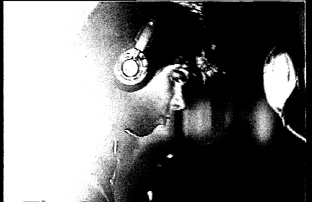