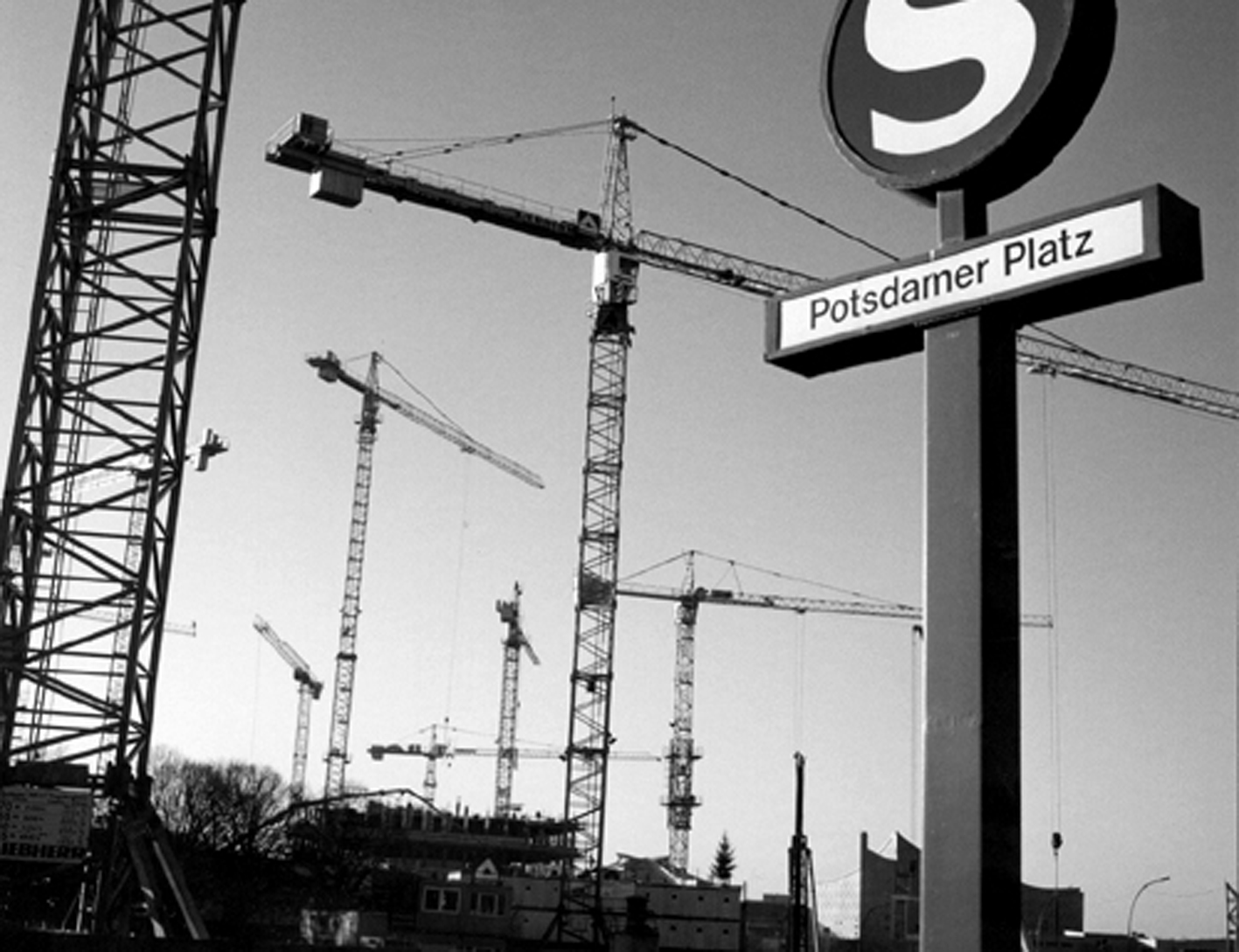 THE PLACE from schueppel-films on Vimeo.

Berlin, Potsdamer Platz96. Europe’s largest inner-city construction site. Machines, cranes, excavators, trucks, etc. are to be found (and heard) as far as one can see.

The composition by FM Einheit uses only site-recorded sound and forms music out of this mass of noise. A rythm develops itself, to which the construction work at Potsdamer5 Platz is documentated in black and white. The construction site becomes an imaginary body that pulsates, vibrates, moves itself and incessantely grows.

Workers from different trades and nationalities are portrayed within this musical composition. As they are being observed in their work, they describe a place (off-voice) which is particularly important in their lives. The sounds from the machines they use, flow into the musical composition and lead the workers memories and descriptions into a “chant”.

“Berlin, ‘Potsdamer Platz’: its not only the largest construction site in Europe but the gap between East and West and the symbolic heart of the old and new capital. After the Wall fell in 1989, it became the very bone of contention of political change. The locality burdened by history and initially recommended without sucess as “the” site in Berlin turned out to be a true bargain for big companies. In the meantime, not only an entire squadron of star architects is in the process of erecting ist monuments there, but the “Place” signifies the extensives restructuring of an entire urban landscape.

Schueppels film presents the construction site as a colossal technical production, modeled stylistically on the metropolis films of the New Functionalism. Liant black-and-white shots, the machines become actors, orchestrated to the soundtrack by FM Einheit who arranged the construction noises in new samplings. ‘Potsdamer Platz’ is shown as a superpostion of two divergent topographies: above and beyond ist visible transformation, the individualb stories of those who have come from all over Europe in the hope of finding employement gain ground. Likewise their inner monologues revolve around that other “Platz” that absent place which has obtained the significance of an emotional and mental fixed point in their lives; such places are at the sea, in the mountains, in the desert or in their own gardens. What they have in common are the images they evoke of peace and an unquantifiable, achronological quality of time.”

“A Symphony of a city site yet to be built, Schueppel, surely a latter day Ruttmann, observes the construction of Berlin’s Potsdamer Platz as orchestrated by the building ste cranes and trucks, while listening into the thoughts of the international band of workers as they dream of respite from their travail. As much In the spirit of work of the photographer Salgado, who so brilliantly chronicled the experiences of the lobouring man and woman to make beauty out their toil, ‘Der Platz’ reminds one also of that there are still those exploring the possibities of the non-fiction film.

A kind of rhythm develops in the accumulation of black and white images, as the largest building site in Europe – and symbol of recent historical change – is surveyed. The visual tempo is matched by the film’s score, which composer FM Einheit, of ‘Einsturzende Neubauten’ fame, devises out of the various found sounds. The result is exhilarating – concrete poetry, literally.

Schueppel continues in the tradition of filmmakers who have explored the inherently cinematic nature of the urban landscape. Here it is conceived of as something organic and mutating. As the director comments: ‘The building site becomes an imaginary body, pulsating, vibrating, moving and continually growing.’”

“Umissable! Documentaries do not come much more poetic than this.”

“Unlike all Berlin’s ‘gigantomania’ Uli M Schueppel stylizes the construction chaos as an artwork and exposes hitherto unseen structures with the camera.”

“A contrasting program that will serve as a plea for the preservation of nature, and for the calming effect of desire.”

“It is as meditative as if one had played in a trance with a Fisher-Price Construction kit. Looking at construction sites can be this beautiful!”

“No nice ‘build up, build up!’ is to be heard here; no, gurgling mud pools suggest the suspicion that the city has now truly begun to search for ist center.”

“THE PLACE sucks away the viewers’s sense of time and is so thoroughly composed and seasoned by Uli M Schueppel and FM Einheit that you practically hear with your eyes and view with your ears … well, almost.” 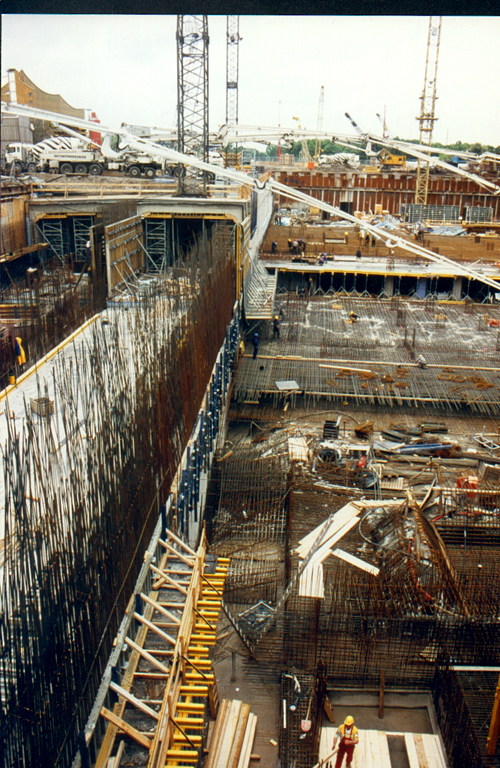 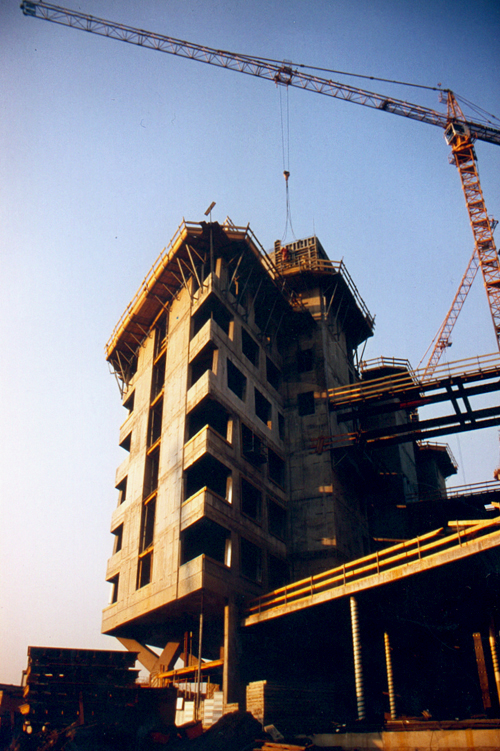 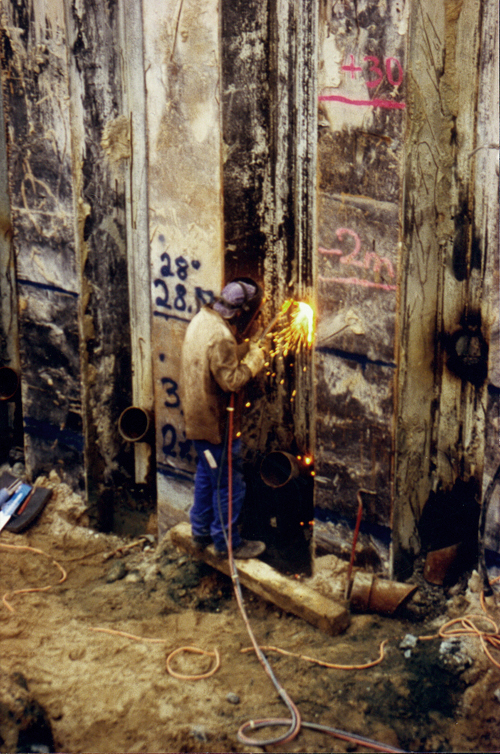 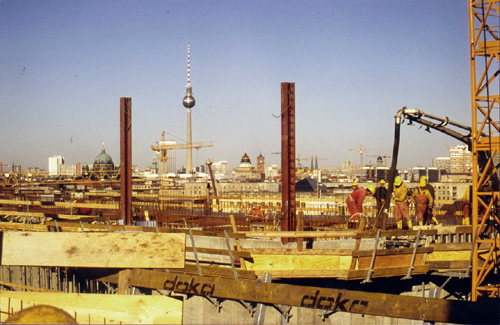 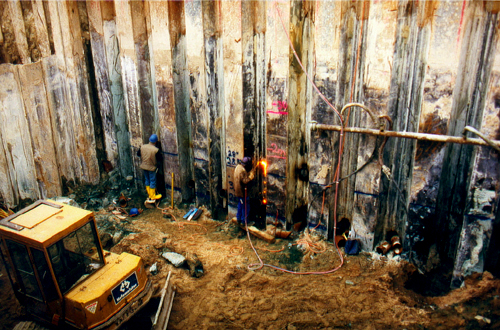 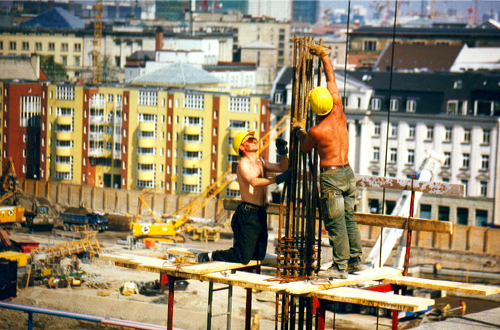 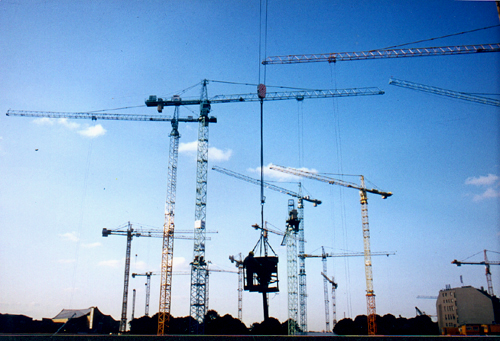 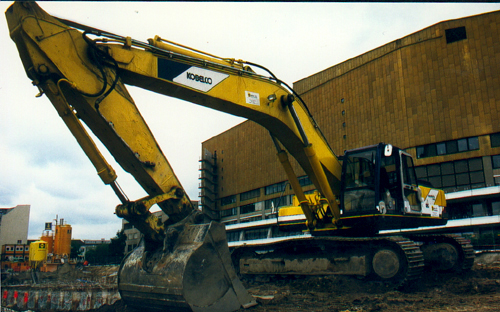 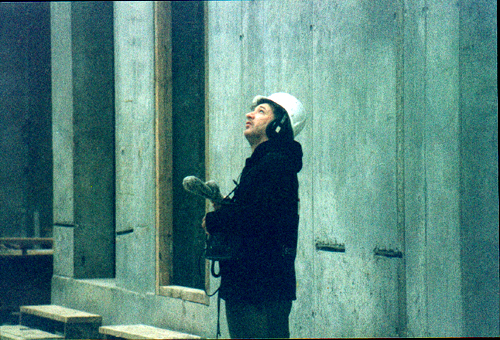 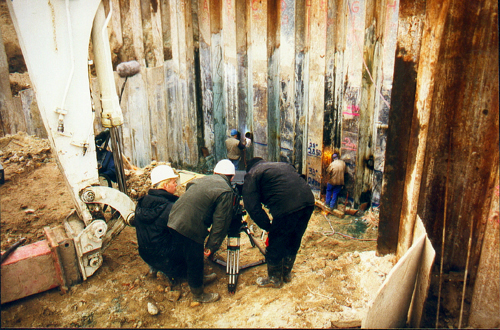 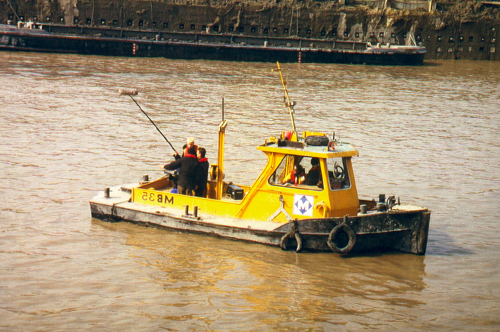 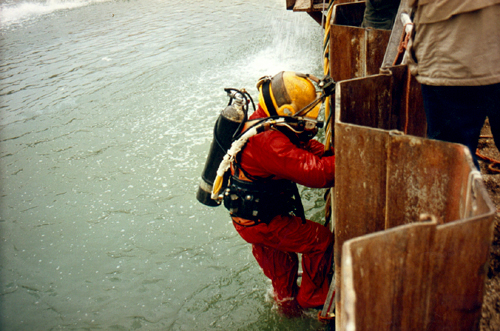 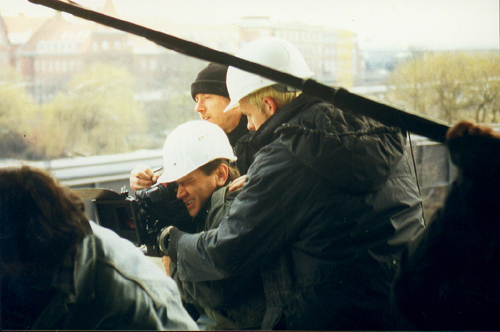 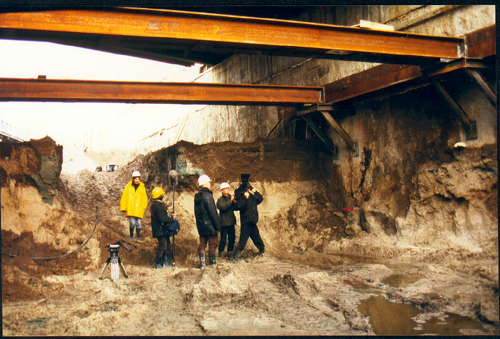 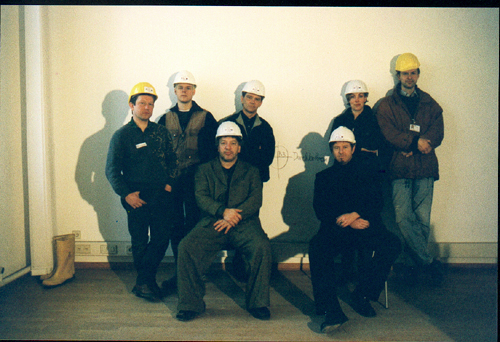 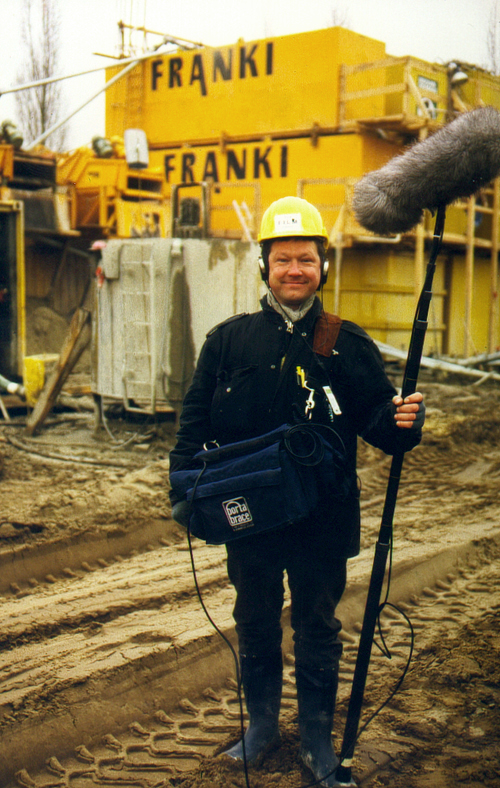 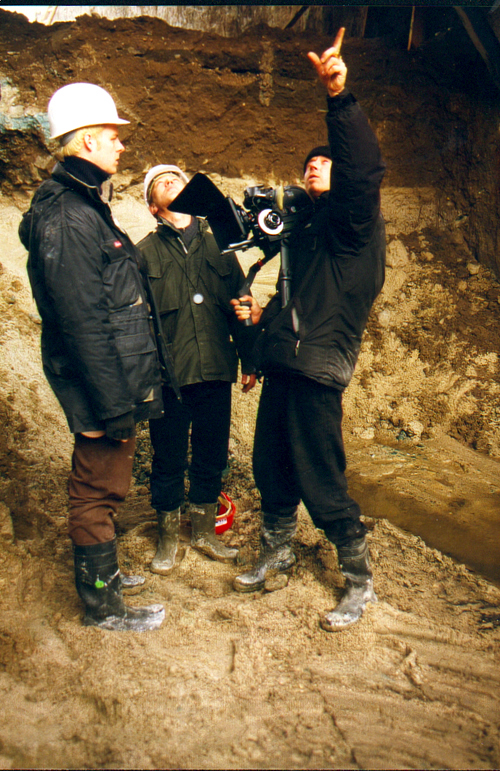 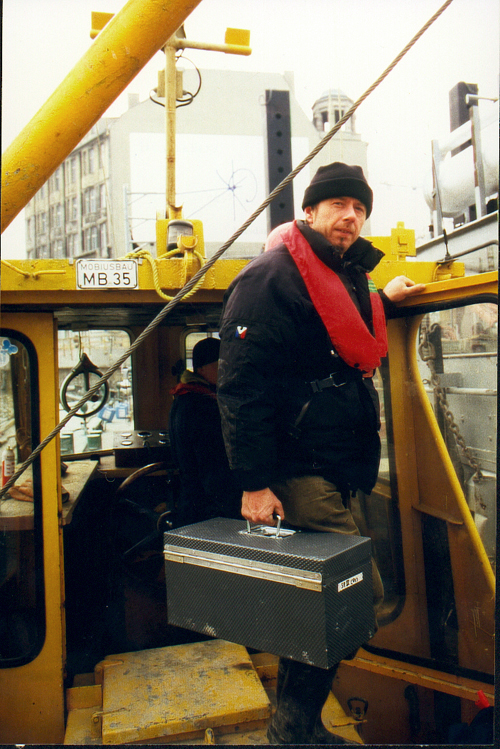