DER ATEM (THE BREATH) from schueppel-films on Vimeo.

In/out. A rhythm binds the people of the night.

They are those awake, those waking up. The workers, the lost.
They move in the spaces in between, the people of the night.
We follow their breath, the breath of a city: Berlin
The inner/outer movements of breath.
The chants, they speak.
We listen. Closely.
Their stories tell of stopping short, of holding breath.
That one time. Unforgettable…
In joy, or in pain.
Engulfed in fear, rage or wonder.

The film by Uli M Schueppel embarks on a poetic-abstract journey from breath to breath. Through the Berlin night, we encounter people in diverse situations and accompany them for a short while as they each move within their own realities. Short scenes, verses emerge. The breath sets the rhythm for each “chant”, with one breath flowing into the next.

Each encounter is treated as a “verse/chant”, both visually (cinematography: Cornelius Plache) and musically (music composition: Christina Vantzou), in such a way as to elevate it and set it apart from its purely documentary context.

We hear the stories of those portrayed. Each person describes an existential experience that changed (or could’ve changed) “everything”. Something that caused them to hold their breath, where everything came to a grinding halt, a complete standstill. It is the suspension of movement, of all time, of their own existence, due to fear, due to pain, due to sorrow, panic, joy or even just an inkling of it all.

At some time, somewhere, it happens to all of us: that moment before it all starts back up again.

This endless movement (of breath), these chants from inside the darkness of the city of Berlin. 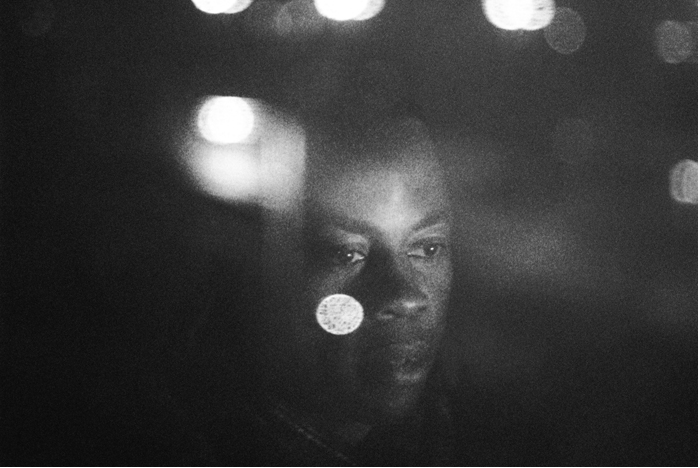 THE BREATH is the third part of Uli M Schueppel’s “Berlin-Chants” trilogy which he completed over a 20-year period, from 1998 to 2019, concerning the themes “space, time and body” within Berlin.

THE PLACE (2008) was the first part of the trilogy (space) and portrays construction workers building Potsdamer Platz in Berlin while describing places they long for in the form of “off-screen chants”.

THE DAY (2008) as second part of the trilogy (time) tells of the everyday nature of death using friends or relative’s descriptions of their loved one’s last day on earth (in “off-screen chants”) – somewhere in Berlin. At the same time, the camera, and with it, the viewer, scours the empty, seemingly lifeless locations where each featured death took place. The film premiered in competition at the 51st Dok Leipzig as well as internationally at the International Film Festival Rotterdam and was shown at several other festivals worldwide. It won the New Berlin Film Award in 2009. 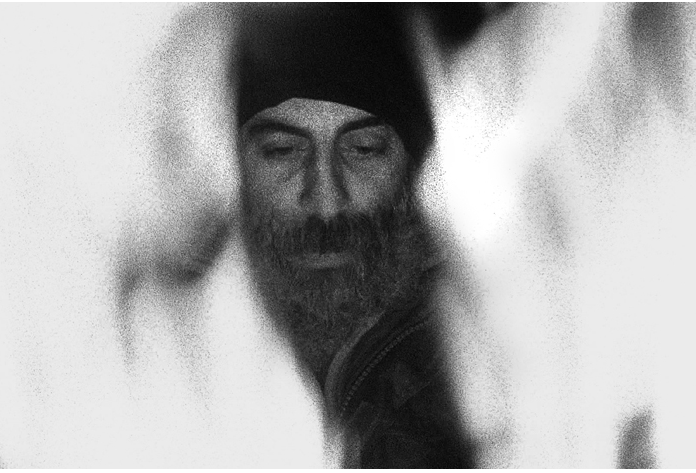 THE BREATH (2019) moves from breath to breath (body) in existential experiences taken from the Berlin night. In short episodes, the film portrays people who are awake, either because of a wide range of occupational or personal reasons, or because they are forced to be, with all the darkness in the city. They each tell their personal story of “standstill”, the moment they held their breath out of pain, fear or joy (in “off-screen chants”).

“A film essay about the breath as the existential connection, the rhythm of life. A strict composition: a city. One night. Move. Breath. Film as a body. A wanderer between the worlds, a movie like a dream.” (arte – D.Hepp)

„…Regardless of the precise emotions evoked by each confession, everything begins to converge, immediately plunging the viewer into a prolonged and particular state of mind, aided by magnificent work on image, shot entirely in 16mm, as well as the hovering and intense work on both sound and music, which is all so brilliantly edited together that the 26 “fragments” assembled in this film almost act like different instrumental parts in the same human symphony. There is an explicit allusion to the 1927 silent film Berlin: Symphony of a Metropolis by Walter Ruttmann, but the film includes no construction or machinery: here, the transitory places, which are almost like non-places, are inhabited only by the thoughts of the people themselves. They merge, united by the night’s sky and the film’s material nature (which becomes a physical element in itself, just like the film’s black sky or recurring water motif), like a single breath of air, which lasts until dawn.“ (cineuropa – B. Prot)

“The trains could be lightnings –
“THE BREATH “, moments that split life in half.
In Schüppel’s black-and-white film, from sunset to sunrise, Berlin is very rarely a place of exhalation and far more often a place of escape. Some of the fleeing are given the opportunity to find a point, but many seem to be forced to keep moving. “THE BREATH” is about the moments when its protagonists literally had to stop it, moments that divided life in half, before and after. Like a flash…“ (TAZ – R.Miessner)

„The night has its own songs. These are songs about love and hardship, about hope and bitterness, about fulfilment and disappointment; experiences caught between day and dream. Unforgotten moments of pausing, of taking a breath, of infinity solidified into a moment.
In „Der Atem“ (The Breath) Uli M Schueppel collects existential experiences of Berlin at night. People in the darkness of the city tell their personal stories of holding their breath. Theirs are stories of worries, pain, fear and happiness. The breath of these individuals appears to merge; their portrait fragments come together to form a composition, a symphony of life that leaves room for one’s own thoughts, associations and visions. Filmed on analogue black-and-white celluloid, this film deliberately and radically plays with the harsh contrasts of the night. And, like some of its narratives, the film’s images lose themselves in a coarse-grained and reflective blur, creating contrasting surfaces for the words or enclosing them in a magical cosmos.“ (Berlinale-Catalog19)

a film by
Uli M Schueppel 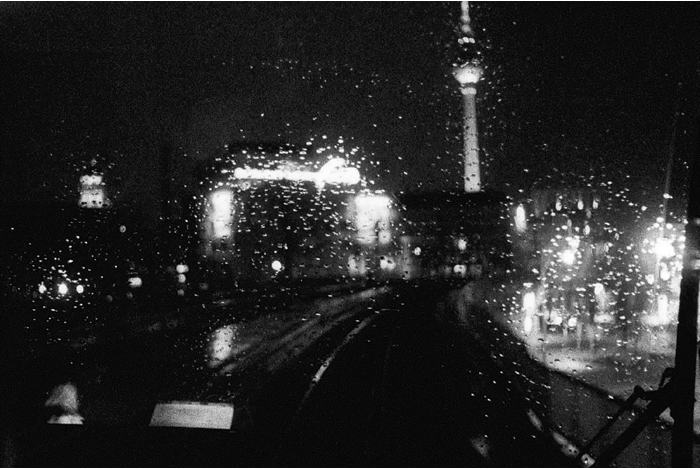 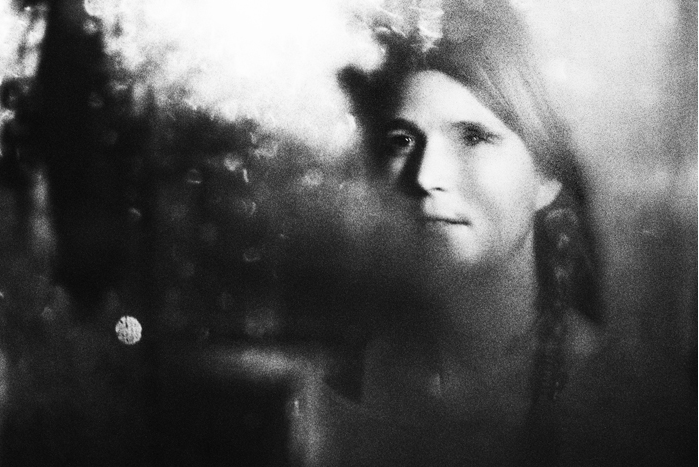 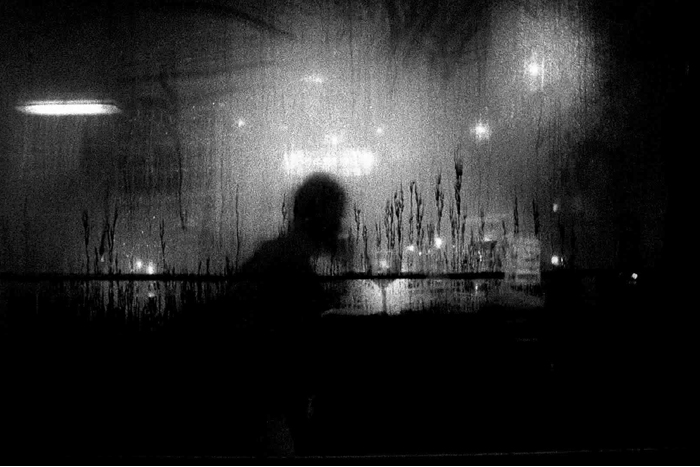 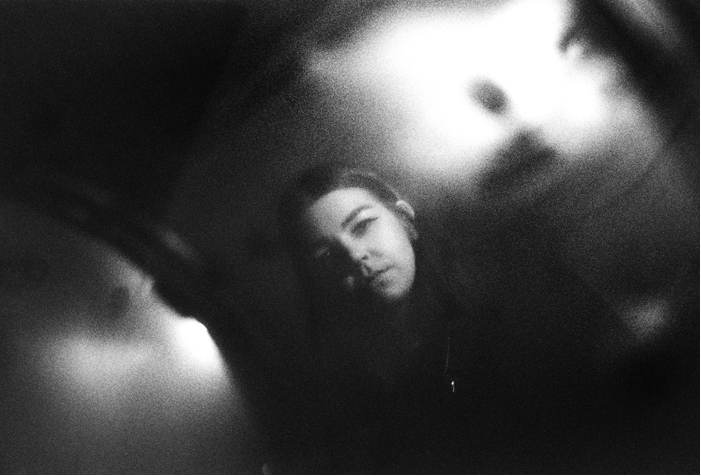 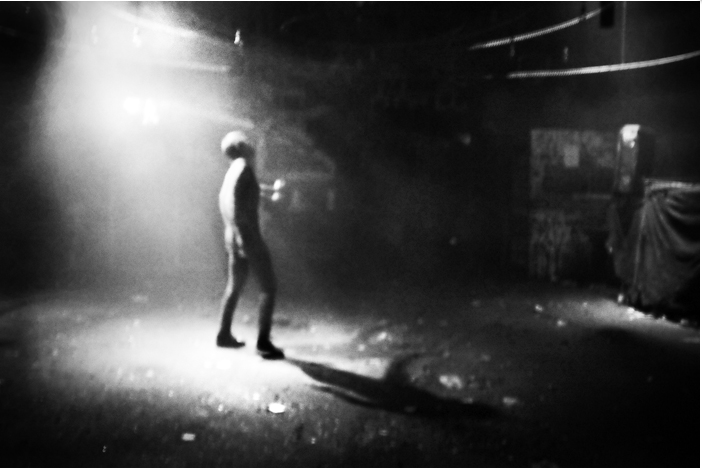 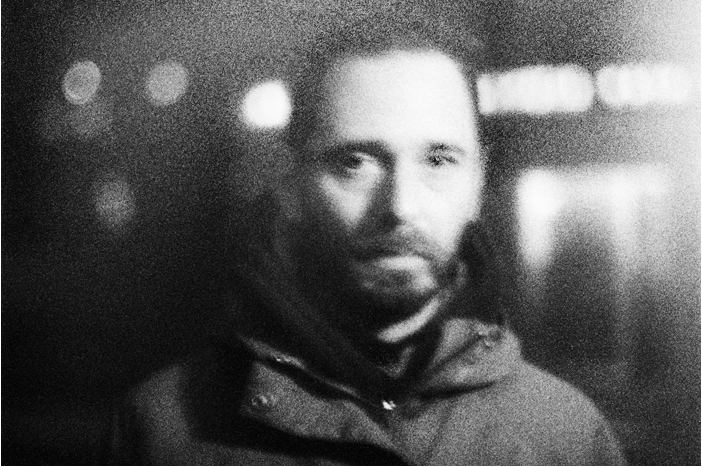 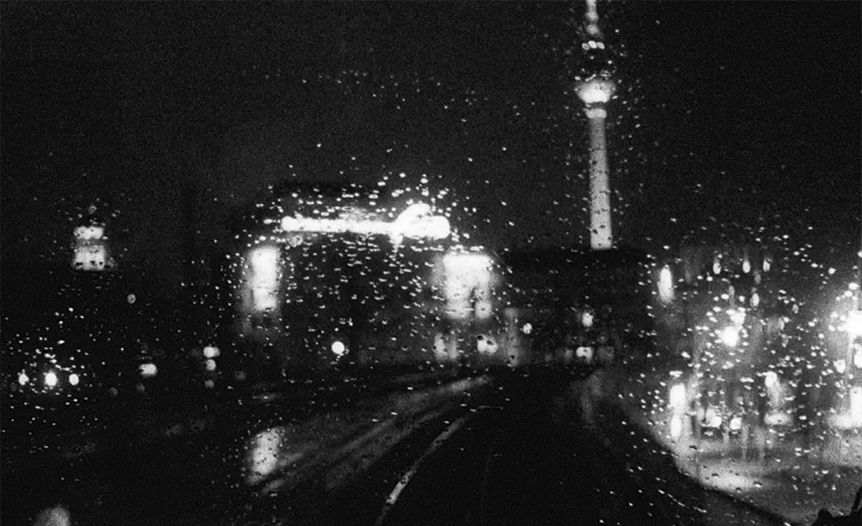